Written in honor of all that suffer in silence. 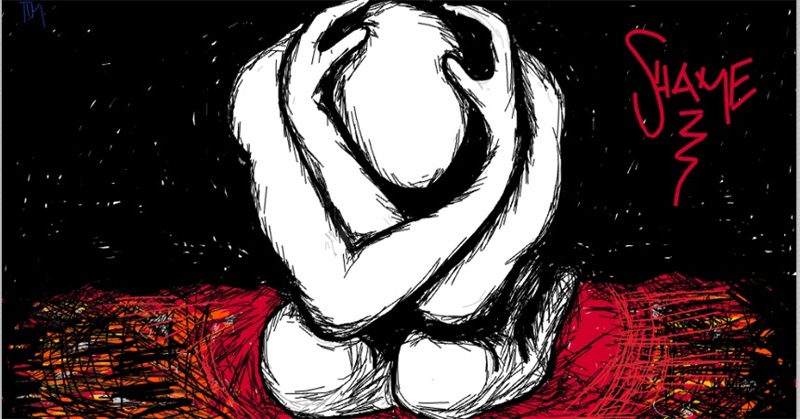 Vulnerability. It sucks. That feeling you are left with after you feel like you have said too much. You want to hide. You want people to un-know. You want to go back to  living your “perfect” life and having everyone else think so too. Paradoxically, I often  personally keep things to myself because A) I often feel like my problems are “too  much” for people, and yet at the same time, B) I often feel like my problems aren’t even  problems and that other people have worse real problems that they are dealing with.  Putting these two thoughts in the same sentence now makes me realize how crazy this  is. How can my problems be too big and scary to talk about and simultaneously not  even be a big enough deal to feel like they are worth debriefing with others about?

As a medical student, you often feel an even higher pressure to maintain  perfection in your life and to remain “professional” at all times. But what does  professionalism even mean? Over the years, it almost feels as though “professionalism”  has morphed into dehumanization. Let me explain. To me, being professional means  respecting your colleagues and those you work with (our patients!). It means respecting  your team's time by consistently being on time, showing respect in your tone of voice  and communicating effectively, being responsible for your role on a team, and being  reliable in doing your part.

Nowadays, however, I feel as if the word “professionalism” has been transformed  into meaning being less human and more robotic. Meaning: don’t be human. Show no  evidence of feeling the possibly depressive effects of such a grueling career field. Show  no evidence of partaking in any of the activities young adults enjoy or acting the utmost  improper. Show no evidence of anything that could be viewed as a weakness, a misstep, or anything less than living your ideal, appropriate, professional life as we  move forward in our careers and apply to residency.

Be the person that can handle everything and anything or can pretend well  enough to fool those around you. Shy away from vulnerability and conceal your  shortcomings. Nonetheless, by covering up our flaws, we often forget what even makes  us human. Is this model of professionalism conducive to human connection and  growth? To me, it feels like professionalism has evolved into suppressing what constitutes being human.

I’ve been thinking about the intersection of professionalism and vulnerability to a  great extent lately because of my struggles with an issue that I’m hesitant to share even  now: my eating disorder, anorexia nervosa. My biggest hesitation in writing this is the  prospects of my future career, and how residency programs could view an applicant  with a known eating disorder (ED): a well-recognized mental health issue. Given the  alarmingly high suicide rate among physicians, which is more than double that of the  general population, some mental health issues like anxiety and depression have  become more openly discussed in medical schools across the country. However, other  mental health issues remain stigmatized. In spite of that, eating disorders are ever so prevalent among medical students as we are a group at an especially high risk to  develop a gamut of psychological problems.

A recently published level one, systematic review and meta-analysis in June  2019 concluded the overall pooled prevalence rate of eating disorders among medical  students to be 10.4% (95% CI 7.8%-13%) with the prevalence being even higher when  looking only at female medical students. This prevalence rate was derived from  eighteen cross-sectional studies (total participants n=5722). This is alarming as eating  disorders carry the highest mortality rate among all psychiatric illnesses with the rate of  death among women aged 15-24 being twelve times higher compared to their peers of  the same age. The reported prevalence rate of all eating disorders in the general  population is estimated to be about 5% versus 10.4% in medical students, and the  estimated lifetime prevalence of anorexia nervosa alone being about 0.9-2% in females  and 0.1-0.3% in males in the general population. Further studies need to be done to  accurately estimate the prevalence of anorexia nervosa in medical students alone.

No matter how alone I felt in my vortex of living with anorexia nervosa, the fact of  the matter is that lots of people and especially lots of medical students and medical  professionals in such a high achieving field, struggle as well. Amid my surgery rotation  of all times, the physical symptoms started to hit me hard. My pulse dropped to the high  30’s. I was cold all the time. I developed euthyroid sick syndrome. I had lost my periods  for over a year. I was constantly getting sick as my white blood cell count continued to  drop as my weight did. My liver enzymes went up, and I would turn jaundice at times to  the point where one of my attending physician’s pulled me aside and told me I looked  yellow one day after scrubbing out of a case with him. The list goes on.

Finally, pulling myself together because I had nothing to lose. I went back to my  primary care doctor that I had been avoiding for over a year- because she would always  bother me about my low weight- and I did something crazy: I admitted that I needed  help. I needed help with what felt like a highly stigmatized, scary, terrible thing to ask for  help with. A thing that, to me, didn’t even feel like a problem at times. I would often even  question why I couldn’t handle being that skinny without getting ridiculously depressed.  Certainly, it seemed as though some other people could handle being that skinny just  fine. Against everyone’s recommendations including my doctors, I chose not to take a  leave of absence from school and opted to try intensive outpatient therapy. To this day,  I have no clue how I managed 9-10 hours of therapy a week while on my surgery  rotation.

One of my therapists would actually come to my house to eat dinner with me.  When she came over for the first time and realized that I had roommates, her voice  cracked and she anxiously asked, “Do you live with other medical students?” When I  said yes, she went on to ask what their names were. I answered her question but was  puzzled at first. Why did she need to know their names? Her response surprised me.  She told me, “I need to make sure that I don’t have any conflict of interest in protecting  my other patient’s privacy.”

I almost laughed out loud in disbelief. Oh my gosh! My therapist, one of  numerous eating disorder therapists in Miami sees other students at my school! Despite  how isolated I felt through this whole situation like I was weaker than other people or  simply just couldn’t handle life as well, the truth is that eating disorders are so prevalent apparently that my therapist so happened to be seeing someone else in my class. How could an issue that is never openly discussed as a problem that medical students face  at a higher rate be so rampant?

Yet again, when I had to meet with someone at the school pertaining to this  issue, the initial response I got was “we have had students that needed to take a leave for this exact reason before even in the past year or two.” How could this possibly be?  How could something so taboo, so unspoken, be affecting so many people?

Why is it that I am choosing to be vulnerable today and share my personal story?  I hope to start more conversations that break down the stigma surrounding eating  disorders and mental health diagnoses, most especially for those in demanding career  fields, who feel if anyone knew that it would be a sign of their weakness. The stigma associated with mental health disorders and EDs can lead to delayed diagnoses, denial  that a problem exists, and prolongation to initiation of care. Delay in treatment can lead  to more severe cases and chronic, persistent presentations of EDs. I hope that open conversations lead to more young professionals seeking help when needed and feeling  safe from repercussions on their professional careers when receiving treatment.

Because the reality is that every hour, at least one person dies as a direct result  of an eating disorder. Anorexia specifically carries a 5-10% mortality rate within 10  years of developing the disease and an 18-20% mortality rate after 20 years. However,  with treatment, the mortality rate falls from up to 20% of people down to 2-3%. This is  why prompt treatment without fear of professional repercussions is key.

With that, my final thought. Is openly discussing your struggles in life a  weakness? For me, it has allowed me to recognize where I can grow as a person. It has  helped me to remind myself to value my mental and physical health while pursuing a  demanding but fulfilling career. As vulnerable as it may feel, I urge more professionals  to discuss what makes them human. Everyone missteps, everyone struggles. How you  handle it, how you grow from it, and how you come back from it defines you more than any “weakness” you have.

I wish hard topics like this were discussed more as it would have meant so much  to know that others struggle with these same issues and that it shouldn't be a source of  shame. It is this exact vulnerability that makes us human, and that seeking the help we need is, in fact, the truest form of professionalism there is. As by showing a commitment  to our own health, we can further commit ourselves to the future health of our patients.

I challenge you to fight the stigma, and talk openly about what makes you human.