You Are a Storyteller: 5 Tips to Heal Yourself and the World Through Writing 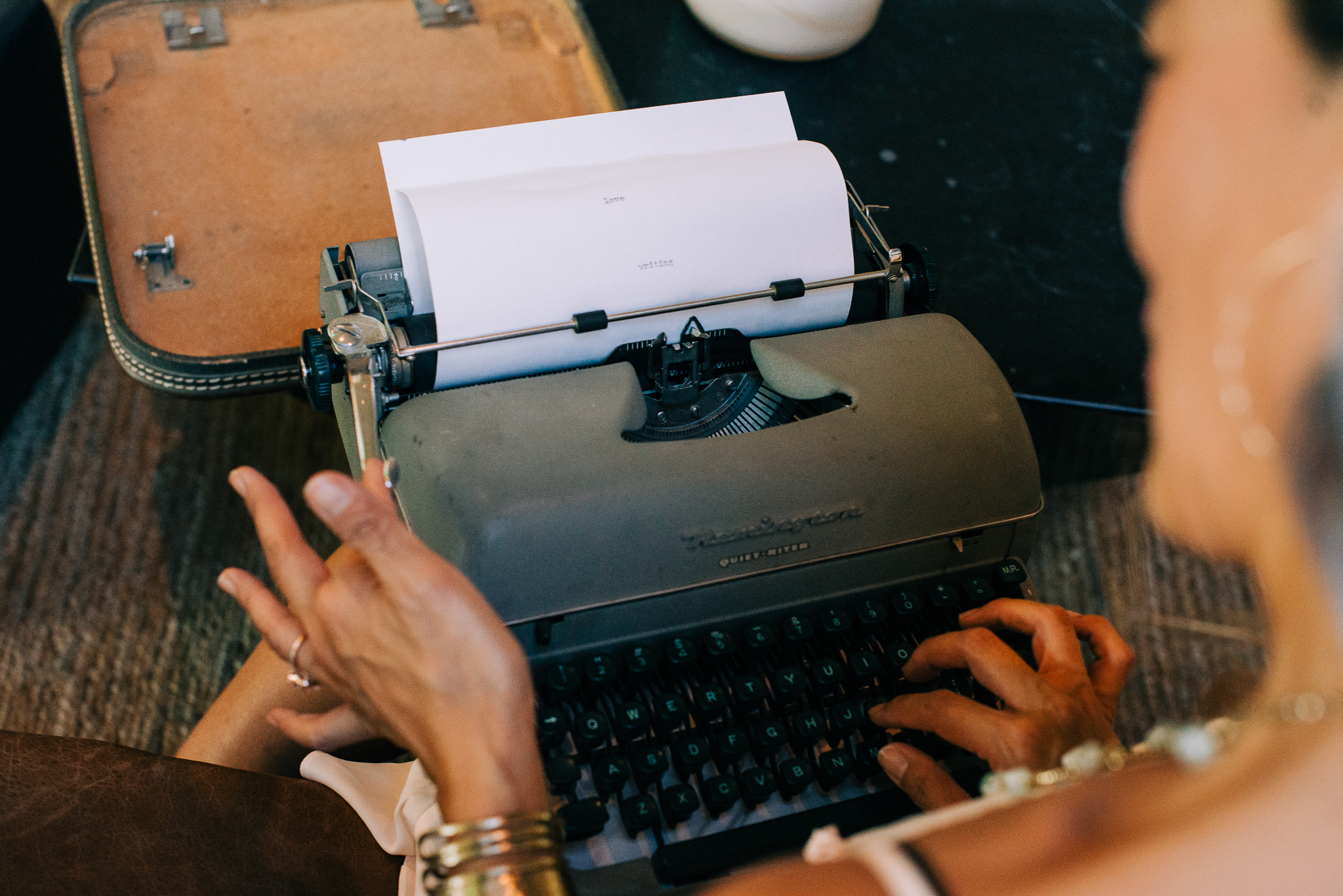 You have a story in you. Maybe that story is a song. A novel. It could be an honest conversation you know you need to have with someone you care about.

You may not know what this story looks or even sounds like, but you know it’s there.

It makes itself known to you whenever the day-to-day noise subsides. When you’re in the shower. Right before you fall asleep. Pieces of it stay tucked away in your phone’s notes. Always tucked away.

When I first started seeking therapy for my eating disorder, my therapist asked how many times I binged and purged, I said, "I dunno, three or four times a week?"

Really? I thought that bingeing and purging at all wasn't healthy? But, I didn't have the words to challenge her authority, so after another session or two, I just stopped going.

By the time I discovered bulimia (from an after school special actually warning against such behaviors, though my only takeaway was, "Holy crap, you can eat and throw up and not get fat?"), I had already been starving myself for six months.

Saturday Chinese School was only a couple of miles away from my house, so instead of riding in the car with my mother and three younger siblings, I ran.

My Chinese School teacher, a mom just like my own mother who was a teacher at the same school, pulled me aside one day.

I was surprised. My teacher was asking me about something other than whether I wrote my Mandarin homework? We didn't talk about things like this. We saved face. My mother hadn't even asked if I was okay.

But the teacher must've seen my now size 0 frame, and realized that I needed help. I shrugged it off.

Asian culture has often taught us that self-expression is attention-seeking, unproductive, that it makes us weak, and that people will judge.

In reality, storytelling is our birthright. Taking ownership of the story that’s within you not only frees yourself, but it frees other people. Studies show that narrative identity — the story we tell ourselves to make sense of our lives — actually plays a huge role in whether we perceive ourselves to be happy or not.

At age 25, after spending time in Shanghai working as an editor, I returned back to Los Angeles, entered into an intensive outpatient program (IOP) I found on the internet, and the Universe, in all of her humor, helped me find a full-time job right around the corner from my eating disorder program…

What was the job? Writing about weight loss for Herbalife.

During the day, all day long, I’d write for one of the largest weight-loss companies in the world. The kitchen was stocked with weight-loss shakes and supplements. I had to interview MLM distributors who were my age, who were living the lives I wanted to have with the money, the cars, the marriage, the kids... and meanwhile, I was just struggling to survive.

For four days a week, after work, I rushed around the corner to my program. I was the only Asian person in group therapy, art therapy, yoga therapy, nutritional therapy. My private 1:1 therapist was a tiny, petite blonde woman who looked overwhelmed by the fact that she needed hours to become a fully licensed professional.

I’d listen to everyone else in the group, offer support and insights, and rally for everyone else.  Until one day, I put off a project interviewing dozens of distributors for a corporate magazine article feature, so I had to spend two days calling people and hearing their life success stories back-to-back.

I came to group therapy that day, opened my mouth, and began to bawl.

The whole room stopped what they were doing. I had been in the program almost one year and no one had ever seen me shed so much as a tear. I wore it as a badge of courage.

That moment was just one of many that broke me open. And at every one of those junctures, it became clearer and clearer that storytelling was not a luxury. It’s a lifeline.

Eventually, I would leave the program. I would keep going to 1:1 sessions. I would become a yoga teacher, a Reiki practitioner, a travel writer, and continue to pursue my passions by finding my own path towards happiness — aside from what I was taught was important growing up.

Fast-forward 15 years later, and storytelling is an inseparable part of my life and career. I run a writing school, Wild Hearted Words, and a podcast, F*ck Saving Face, where I discuss mental and emotional health for Asian Americans by breaking through taboo topics. By owning my narrative identity, I’ve reached a place in my life in which purpose and connection are permanent residents.

If you feel that tug within you to share your story, try Wild Hearted Words’ five signature writing tips:

I often say that "Life may not always be pretty, but it is indeed beautiful. You can make your story beautiful today."

What story will you make beautiful?

Judy Tsuei
Empowering mental & emotional health for Asian Americans by breaking through taboo topics through the power of storytelling and mindfulness healing techniques.