Member Spotlight | The Scars that we Bare: Conquering My Lonely Hours

The strength I found from adversity 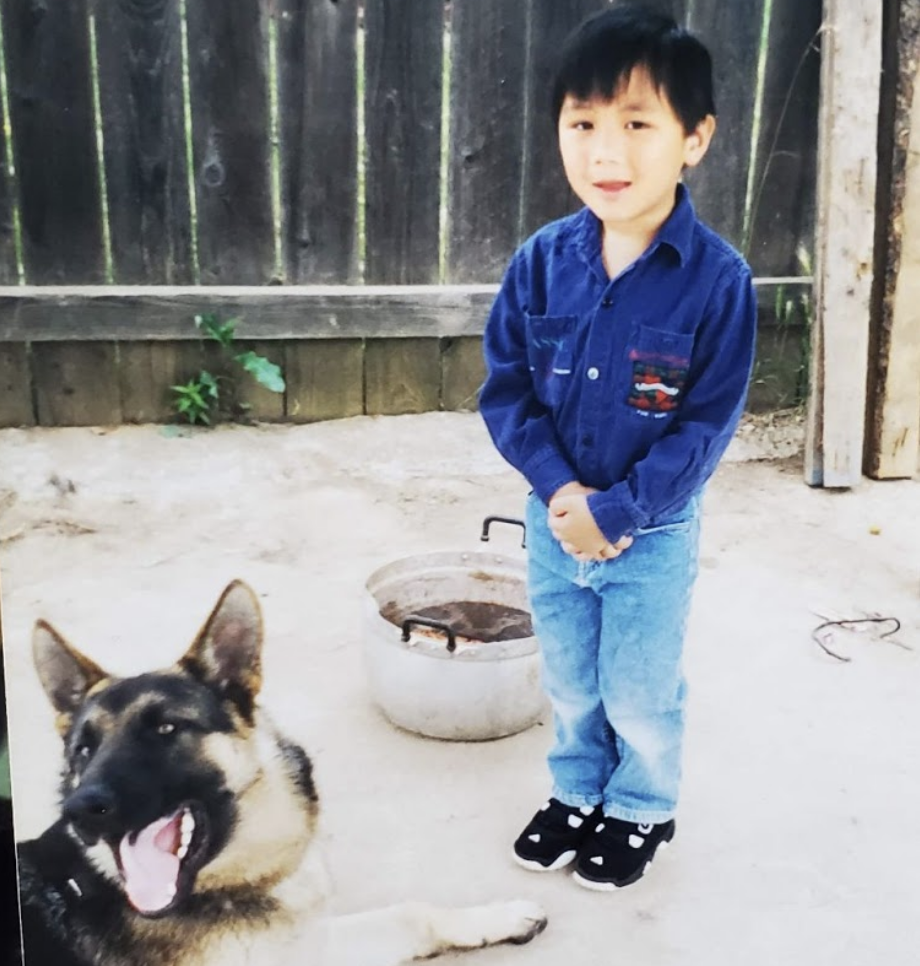 It’s 3:00 PM on a beautiful Saturday afternoon in April, I’m out with my friend walking his dog around a park in Fremont, CA. As he watches me wrestle and run around with his monster of a husky he asks “Bill, you clearly love dogs, you clearly have the energy and patience to own a dog and definitely the space and time, how come you’ve never considered adopting one?” I told him a half-truth and just brushed it off by saying “I don’t know, I just don’t feel like it.” But the reality was that I never wanted to bury someone that important to me ever again.

I was 5 years old when I got my first dog. Rocky was a pure-bred German Shepard gifted to me from a family friend, and I had never loved something so much in my life. I loved him to hell and back. I blame my VHS copy of Homeward Bound 2 for showing me how powerful the bond between a person and their dog can be. I also blame Babe the Gallant Pig for showing me how a dog can be a loving mentor and parent. I came to believe that if I had a dog, I’d have something resembling a parent or best friend. I’d have someone who cared.

Growing up I was the youngest of 9 siblings, and because of the huge age gaps between my siblings and my constantly working parents, I grew up very alone. Rocky at times was the only living thing that kept me company while my siblings were all at school and my parents were working. I wanted Rocky to grow old with me, to see me through the good times and the bad. But before I even had a chance to grow up, Rocky was taken from me.

My neighbor had been secretly feeding Rocky raw meat and when we finally found out, he was already deathly sick with parasitic worms. We went to the veterinarian but the best they could do was prescribe him medicine to try and kill the worms. Rocky didn’t make it. I was six years old when I watched my best friend die and as I knelt beside Rocky, I watched him laying there gasping for air. In pain. Slowly dying.

When we laid him to rest, I lost more than my best friend that night. I felt like a piece of my heart was torn out of my body. A painful scar was imprinted onto my heart and soul that night. I wish I could remember my parents being there for me in any meaningful way, I wish I could tell you that my family or friends were there in any meaningful way. But I remember only the bitter cold from the night I said goodbye for the final time to my first best friend all by myself. However, despite this painful moment, I would have my second chance to have another dog enter my life just two years later when I turned 8.

His name was Lobo, he was a cute little dog and I can’t quite remember the breed but my sister brought him home as she had gotten the dog for free from a friend. My sister would eventually move away to San Jose after having a huge fight with my parents and the dog was left to be taken care of by me. Lobo was a pretty high-energy little guy for being a small dog and I have fond memories chasing him around in the backyard. Life started to feel brighter for me, it started to feel normal. Having Lobo in the house made the days feel a little less lonely and much more fulfilling. “I wish there was a way to know you're in the ‘good old days’ before you've actually left them” – Andy Dwyer. Had I have known that these would be the last of the good old days of my innocent life, I’d have spent more time cherishing those small and short moments. But my innocence left me when I was eight and the good old days became a fleeting dream on that fateful day when I was eight.

I was in my room watching tv when it all happened, my sisters came through the garage door with what looked like a smirk of laughter and jest on their faces as if they were taunting me. They told me that my dog had been run over and I quickly brushed it off as a trick as they had done this routine before to laugh at me as I darted outside running in a panic. But I had enough of those tricks, I walked slowly outside and expected to see Lobo fine and dandy. I opened the door instead to a murder scene, there was blood everywhere on our driveway. My dad brought what was left of Lobo back and I saw him one last time, I held him one last time in my arms covered in his blood as he breathed in his final breath. I had never been so angry and so sad in my entire life. I truly wish that I could tell you that Lobo lived a long and fulfilling life. I wish I could tell you that Lobo died of old age and ate all the wonderous treats in the world as we ran around the parks and neighborhoods. But Lobo was gone, and so was my blissful innocence of the world.


I was 8 years old now, a little more able to comprehend the concept of loss and death and it tore away at my heart and soul a hundred times worse than when I lost Rocky. I remember wanting to bury Lobo as I was a little more aware of what you were supposed to do with someone who passed away but my dad instead wrapped him up in a used plastic grocery bag and tossed him away like he was garbage. That broke me hard. I was afraid to speak up against my dad because he was an incredibly angry person and oftentimes that anger became violent. As I sat there alone, watching my father toss away one of my best friends unable to do anything about it, I began entombing my heart for the first time in my life. I began to entomb my heart away from attachment, from happiness, from love. I told myself that this would be the last scar that I would bear in my life. I decided then that I would rather carry the scars of losing my two best friends for the rest of my life than risk losing another one ever again.

I share with you one of the deepest scars that I bear within my heart, my soul, and my life. It is a scar so deep that it had the capacity to affect the decisions I make in my life. I wouldn’t allow myself to make meaningful connections nor share intimate moments of my life with anyone. It wasn’t until my late twenties when I learned to finally overcome it all by myself. I used to think that someone would come bursting into my life and miraculously change it for the better and help me heal from these wounds. But the truth is that sometimes nobody will ever come knocking. Sometimes you have to fight alone. And If you don’t summon up the courage and grit your teeth to face the loneliest hours of your life by yourself, then you might never be able to move forward. It wasn’t until I learned to face the darkest parts of myself in my mind, and go back to those lonely hours in my past and truly face it head-on as an adult who could fully understand everything for what it was, that I started my journey to recovery. It was this moment in my mind where I went to my little 6-year-old self and knelt to put a hand on his shoulders and say:

“Hey Bill, I know what you’re feeling. This is absolutely the worst day of your life. I know it is because I am you. You just lost your best friend forever. No, we just lost Rocky forever. It’s painful, this is the most pain we’ve felt ever in our life. And it’s okay to feel this pain, there’s nothing wrong with pain, it means that we had something truly beautiful in our life. But don’t think you’re ever alone my dude. Because I’m here now, the you from the future, the you who survives this, the you who can tell you that we get through this somehow, we live. You’re going to be okay now; we’re going to be okay now. I’m sorry I couldn’t be here sooner, I’m sorry you had to be alone all those years ago. But I’m here now and we’ll get through this together.”

I gave my 6-year-old self the biggest hug you could ever give someone and as I did that in my mind, I felt a sense of peace. For the first time in my life, I faced the loneliest hour in my life and learned how to forgive the most important person in this life I’ve lived, myself. I went back and did the same for my 9-year-old self with Lobo and as I made peace with my past, these scars of mine started to fade.

Although I still hide these scars of mine, not because I am afraid of the pain or afraid of how people will perceive me, I hide these scars of mine so that people will not worry about me. I can’t tell you if forgiving myself has allowed me to become able to own a dog again. But I can tell you that forgiveness has given me the capacity to take back that ability to choose to own a dog again. By learning to forgive some of the hardest parts of my childhood, I’ve found freedom and peace. Forgiveness has set me free, free to maybe someday summon up the courage to find a new best friend, or be happy with the memories of the two I got to have.

Bill Nhiayi
Hmong-American born in a small little tall of Merced. Grew up in Sacramento and went to some tough schools and survived a tough life. I’ve been poor, I’ve been homeless, I’ve been depressed, and although It seems I’ve been cheated, I’ve never once felt defeated. I work in education to lay the foundations for a balanced life that seeks to reduce the strife that our mental health can give us.